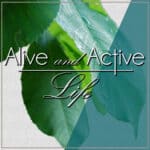 Alive and Active Life
Lord is Before Savior Lord is Before Savior

Most followers of Jesus have heard the dignified title “Savior and Lord.” I would like to suggest something about this title. Of course, it’s true, Jesus is Savior and Lord. But let’s consider two things. First, from the beginning, way back before anything was created – Lord is before Savior. And second, for every sincere Christian who lives their faith with resolve, consistency, and passion, this title starts to flip around – from “Savior and Lord” to “Lord and Savior.”

The First Christians Believed Lord is Before Savior

I want to quote from a previous article – Character Matters. “When first century Christians chose to follow Christ, they knew they were giving their entire life up to a “Savior and Lord.” There was no question or debate if Jesus would occupy both those roles in their life. They acknowledged they no longer belonged to themselves – bought at a high price with Jesus’ blood on the cross. (1 Cor. 6:20) Going forward they were prepared to be a “living sacrifice,” dead to self and alive to Christ. (Rom. 12:1)

They also knew their decision for Christ could mean their capture, likely torture, and possible death. That was their reality. Fully informed and aware of the risks, they still made their commitment to Jesus Christ as Savior and Lord. It was unthinkable to these pioneers of faith to separate Christ’s rightful title, “Savior and Lord.” They believed, accurately according to Scripture, that this holy, honorable title cannot be separated. To take that title apart desecrates the nature of God.

The perspectives and non-debatable commitment (we would call this “no-brainers”) of early believers to Jesus Christ are basic teachings of Scripture, friends. “Jesus is the same yesterday, today, and forever” (Heb. 13:8) which means He is still Savior and Lord. He bears one all-inclusive title that cannot be dissected or separated.”

But The Title is Really Flipped

Truly, Jesus’ title is Lord and Savior. Lord is before. In fact, the first Christians would have also said – Lord is before. Their life response was to an incredibly powerful Lord who chose to become their loving Savior. That’s what made their decision so definitive and why they were willing to die for Him right out of the gate.

Nowadays, it has become commonplace for people to trust Jesus as Savior and Lord. Many don’t consider that title to actually include both positions in their lives. Sadly, some pick “Savior” and drop “Lord.” They want to be their own master.

The interesting part about this disregard for Jesus’ Lordship and His well-known title is this. Scripture doesn’t refer to Jesus as “Savior and Lord.” Ever. I couldn’t find it anywhere. If you find that hard to believe, do a word search for “exact” words. Many translations use both terms in the same sentence or paragraph throughout books of the Bible. But the term that is coined and used together is the flip – “Lord and Savior.” And even more interestingly, this term is used only by Peter in his second epistle.

Peter Had a Knack For “Just Saying It!” Peter is the disciple who denied Jesus when the test came on the night before the cross. This fisherman disciple rose out of that failure, however, to become the “rock” Christ foretold he would become in His Kingdom. Jesus had renamed Simon as Peter, which means “rock.” He did this after Peter profoundly identified who Jesus is. Jesus had asked His disciples who people were saying He is. After they threw out several names and options, Peter jumped in (with both feet) and boldly said, “You are the Christ, the Son of the living God.” (Mt. 16:16) Jesus responded with something very revealing about Peter. “Blessed are you, Simon Bar-Jonah! For flesh and blood has not revealed this to you, but My Father who is in Heaven.” (v. 17) Jesus was publicly affirming Peter’s ability to see what God reveals.

With this in mind, it’s exceedingly interesting that it’s Peter who identifies Jesus’ title in the order it belongs: “Lord and Savior.” (2 Pet. 1:11; 2:20; 3:2; 3:18) These are the only verses this title is used in Scripture. Peter is the only person in Scripture who says it like it actually is. This simple fisherman made remarkable observations and drew brilliant conclusions. As things pertain to Jesus, the Christ – Peter got it! And he still has the honor of having the only book in God’s Word to use Christ’s official title in the right order. Further, he’s the only man recorded in Scripture to walk on water, except Jesus. Interesting, isn’t it? What Does “Lord Is Before” Mean?

Jesus, Son of God, has been Lord before time began. It would be accurate to say that the great God, the Lord over all, the great Creator, became a Savior to people through Jesus Christ – like the early Christians believed. So, the picture is this:  the greatest of all Lords EVER in the history of the world, the One who made all things, becomes Savior, Servant, and Sacrifice.

That’s what “Lord is before” means. There is additional, very rich meaning for every person who trusts Jesus for salvation and forgiveness of sins. As they yield increasingly to Christ in every detail of their daily living, they see a unique phenomenon becoming their own intimate reality. The rich understanding of who Jesus really is, without doubt is responsible for their fierce commitment to Him. Like Peter, they “get it” and become a “willing captive.” (See Ps. 68:18 to get a peek at people eagerly running to get their spot in the train, the parade, of the conqueror.) Their mind is made up. Is yours?

When you agree that Lord is before, and live submitted to Jesus as Lord, He keeps saving you in all details of your daily living. You change! As Lord first, He saves you continually from the bondages, patterns, habits, and woundedness of life. By correctly responding to Jesus’ title in the fear of the Lord, you become free and powerful to be the person God created.

When a Christian “clicks, secures, and locks” into place the shape of their life into the eternal receiving shape of the Lordship of Jesus, they change. They are transformed. In a kind of “lock and load” way, this is where a believer is transformed. They become a “new creation.” “Therefore, if anyone is in Christ, he is a new creation. The old has passed away; behold, the new has come.” (2 Cor. 5:17)

Lord is before. Is that statement true in your life? Is He Lord before everything else in your life? What do you need to surrender to Him to make it true? Have you given every detail of your life to Christ – and become a living sacrifice? 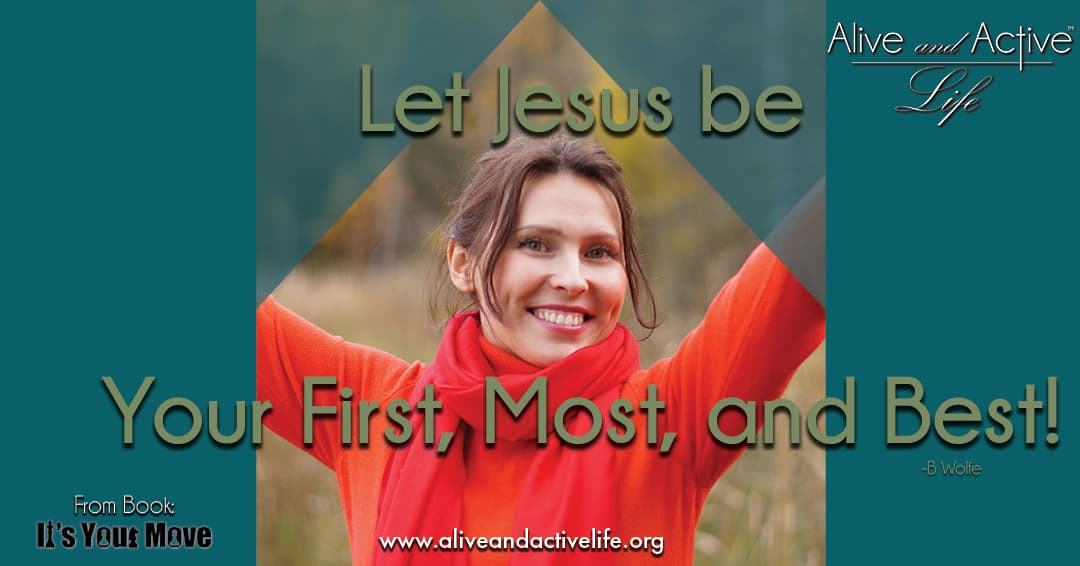 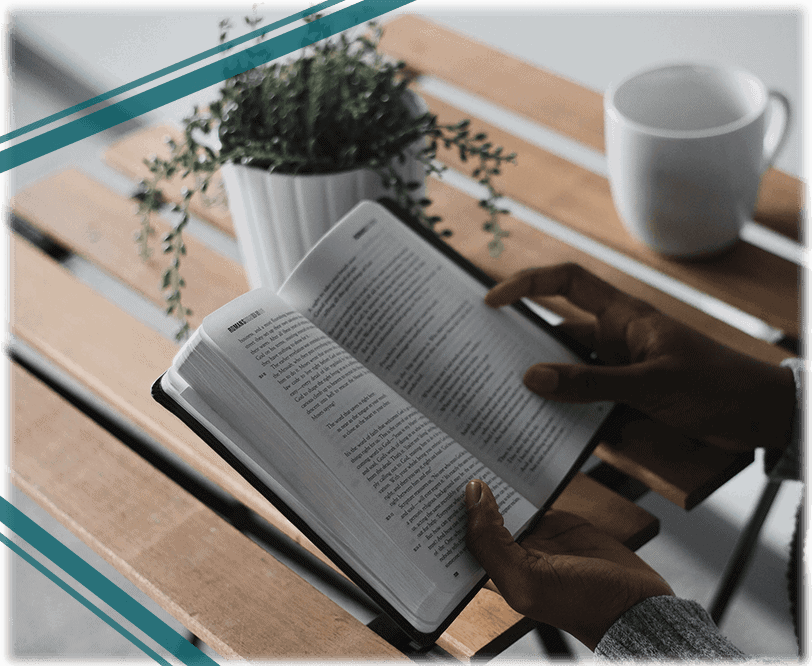 Connect with Us and Get a FREE Resource!

SIGN UP and get – “How To Turn Scripture Into An Alive and Active Life” with practical ideas to refresh your Bible Study.

You will also receive weekly inspiring articles to read. If you are super busy, you can listen and multi-task, using the web player at the top of each article – OR – subscribe on your favorite podcast app.

Bookstore
Previous
Next
Go to Bookstore 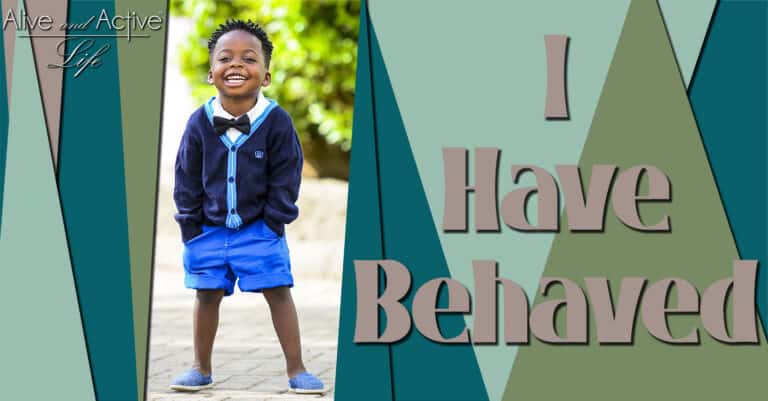 I’m not sure what comes to your mind when you ponder the title of this article. I suppose those words are not commonly spoken. In my own history, I can think of times I certainly have behaved. I also recall some times I have not. Hopefully the times I have behaved are becoming my norm as I work hard to know God better.

Anyway, I’d like to delve into this unusual statement. Did you know it comes straight out of Scripture? END_OF_DOCUMENT_TOKEN_TO_BE_REPLACED 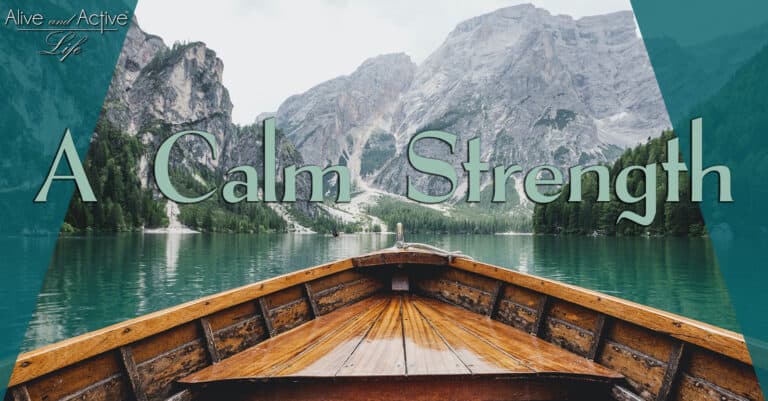 A calm strength! Does that describe you? Although you may not believe me, it can describe you. If I asked you – “does your life have any stress” – what would you answer? Similarly, if you rated yourself on a scale of panic in problems, where would you mark yourself? How would you rate your approach to each day? Calm strength? Peace? END_OF_DOCUMENT_TOKEN_TO_BE_REPLACED 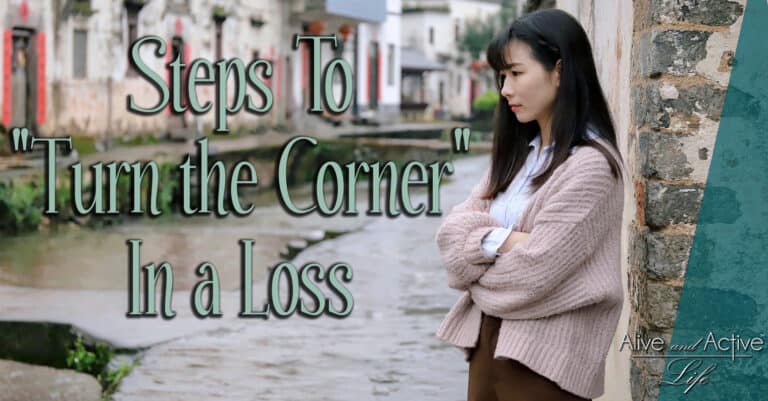 Steps To “Turn the Corner” In A Loss

Without any warning, it hits you hard – and you realize it’s challenging to manage a life loss! Sometimes, you feel you’re drowning in sadness . . . cut off from good things . . . observing others’ joy as a distant dream . . . wanting so badly for “normal” again . . . just  wanting hope to return. Yet, you still face your loss. So, how do you “turn the corner” in a loss? END_OF_DOCUMENT_TOKEN_TO_BE_REPLACED 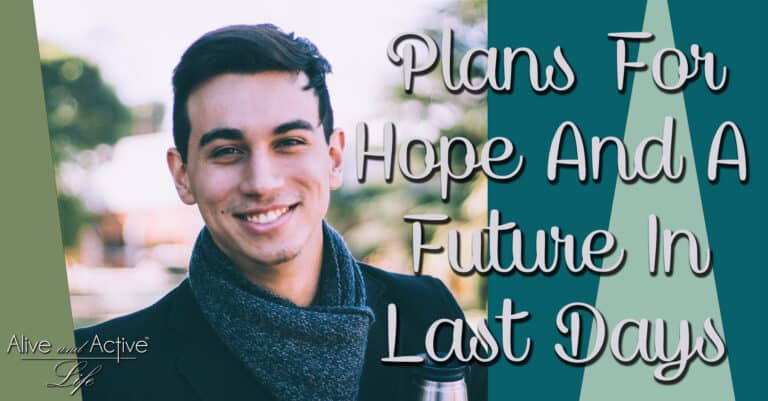 Plans For Hope And A Future In Last Days

Have you noticed the talking points of world news recently? Wars, rumors of war, famines, earthquakes, tsunamis, hurricanes, tornados, forest fires, floods, demonstrations in the streets, military muscles flexing, political unrest, various discriminations, mounting deceptions, despair. And more! Wow. What a state our world is in. Is it even possible to contemplate good plans for hope and a future?

You cannot be well-informed without noticing – it’s getting worse. I’ve noticed! Surely, you have, too. But interestingly, Jesus told us this was going to happen. END_OF_DOCUMENT_TOKEN_TO_BE_REPLACED 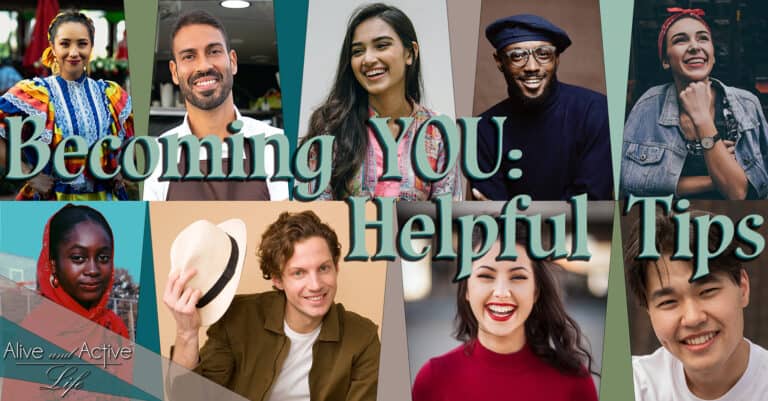 I’ve often thought about well-known people and how they became “famous.” People like the Queen of England, various presidents, Mother Teresa, Benjamin Franklin, and even Jesus’ mother – Mary. Have you ever wondered how a certain person “became?” What they focused on, how they spent their time, and the experiences that formed their character. As I’ve pondered this, I’ve seen each person must learn how to become.

So, how comfortable are you in your own skin? END_OF_DOCUMENT_TOKEN_TO_BE_REPLACED 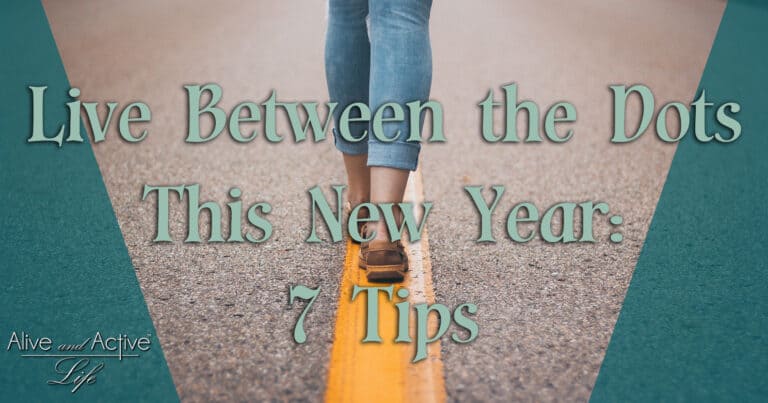 Live Between the Dots This New Year: 7 Tips

The end of one year morphs into a new one by the simple passing of time. Days slip by all year, but when the passing of days ends one thing and begins another, it is noteworthy. Like the dots on a graph that connect in a line to show something being formed, your life is the line connecting dots of days. This content provides 7 tips to help you connect the dots of your life and live with noble character. END_OF_DOCUMENT_TOKEN_TO_BE_REPLACED

Get inspiration in your inbox... 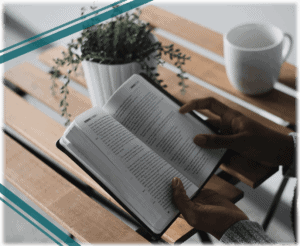 Subscribe below to receive encouraging articles and podcasts in your inbox that help you apply God’s Word practically each day! You also receive FREE How To Turn Scripture Into An Alive and Active Life!

Why not refresh your walk with Jesus and renew your commitment to Bible Study?

Connect and get a FREE resource –

“How To Turn Scripture Into An Alive and Active Life”